The audio and video content on this page was recorded with binaural audio. For best results please use headphones. 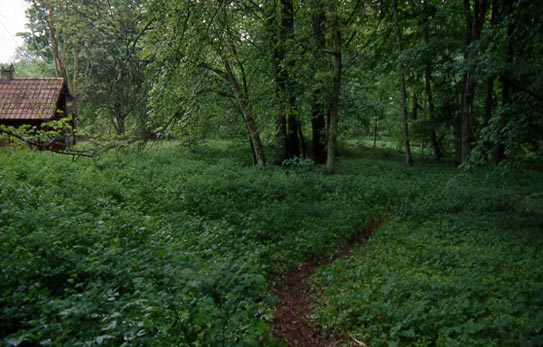 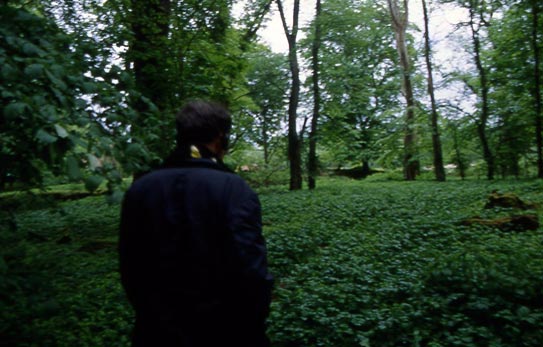 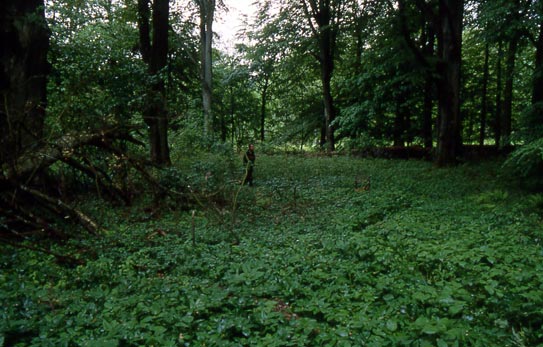 Commissioner:
Curated by Marika and Charles Wachtmeister for The Wanås Foundation.

This was a very bucolic site, a farm, with animals, forests, and it was very quiet. Charles Wachtmeister became very involved in the recording process, taking me to his favorite hunting spots, trudging through underbrush and fields in the early mornings. He could spot a grouse or nightingale where I only saw leaves. The site made me work with very spatial sound effects, a forest filled with ghosts and voices.

Janet Take the little path to the left, not the main one. It’s covered with dry leaves. Go to the left of the compost pile.

Janet Try to follow the path I’ve made through the woods.

sound of walking on dead leaves
[…]

Older Woman Some believed it was because of the lovers. They had been tied up on to the trees so that the crows would pick out their eyes and the rains would drown them in their sorrow.

Janet Stop… sound of singers singing to each other

Older Woman You can still hear them calling to each other if you listen. Some nights they cry to the moon to take them away.

sound of singers build then fade, sound of porcupine rustling behind, sound fades to nothing. fade up bird sounds

Janet Cardiff arrived at Wanås late one snowy evening. We walked outside in the moonlight. The castle was shrouded in mist. “It’s like Hollywood,” she gasped. We continued in the dark with only the moon to guide us. I see well in the dark, but Cardiff was confused. She had a difficult time finding her way around in general, which is why it is surprising that she specializes in walks – but maybe that is precisely why. She devotes herself to doing that which does not come easily to her. A new part of the park with no art caught Cardiff ’s attention – a sunken garden surrounded by a thick stone wall. When she returned, this cold and wet spring, she walked around with her recording device equipped with audio and two stereo microphones, placed the same distance apart as ears. Charles Wachtmeister helped her record the sounds of early Swedish summer: a hedgehog, pheasant chickens still in their eggs, newborn calves and insects, cooing doves and other birds. One evening she recorded our dinner conversation and instructed the other artists to whistle and yell. On my way home from the office at midnight one day, I came across Janet Cardiff recording the clock striking midnight. All she got was the sound of car wheels on gravel, which became the opening to Wanås Walk. As the critic Barry Schwabsky wrote, “Cardiff ’s Wanås Walk might best be described as the sound track for a movie projected by your brain onto your eye as it takes place in the surrounding landscape.”1 It is an often-unpleasant and complicated story about the end of the world – and then you hear the pecking of the pheasant chickens, the buzzing of a wasp, the neighing of horses, the song of the nightingale and fragments of the artists’ conversation. […] Janet Cardiff opened up a totally new part of the park using nothing but sound, unlike others who carved out a big territory for themselves by placing a monumental sculpture there. She captured some of the mysterious and untamed quality of the park.2

Most of the media on this site was recorded using binaural 3D audio, which is only effective when wearing headphones. Watch for this icon.